I'm back from a glorious 10-day vacation to Europe. I've traveled a lot – mostly for ministry and have been to many unusual countries including Cambodia, Cuba and Iraq. But, exploring the wonderful countries of Europe has been on my bucket list since high school and at last, I am having the opportunity. Last year we went to Italy, and this year, it was Paris, France and a little bit of Germany in the Black Forest as well as a day in Lucerne, Switzerland. My niece teaches at a Christian High School in Germany and we went to spend some time with her and her husband as well as teach her students about destructive dating relationships. In between we visited museums, saw beautiful scenery, art, and architecture, ate yummy food, tried out our rusty high school French phrases, and walked our legs off.

They say a picture tells 1,000 words, so I thought I would share a few of my favorites. 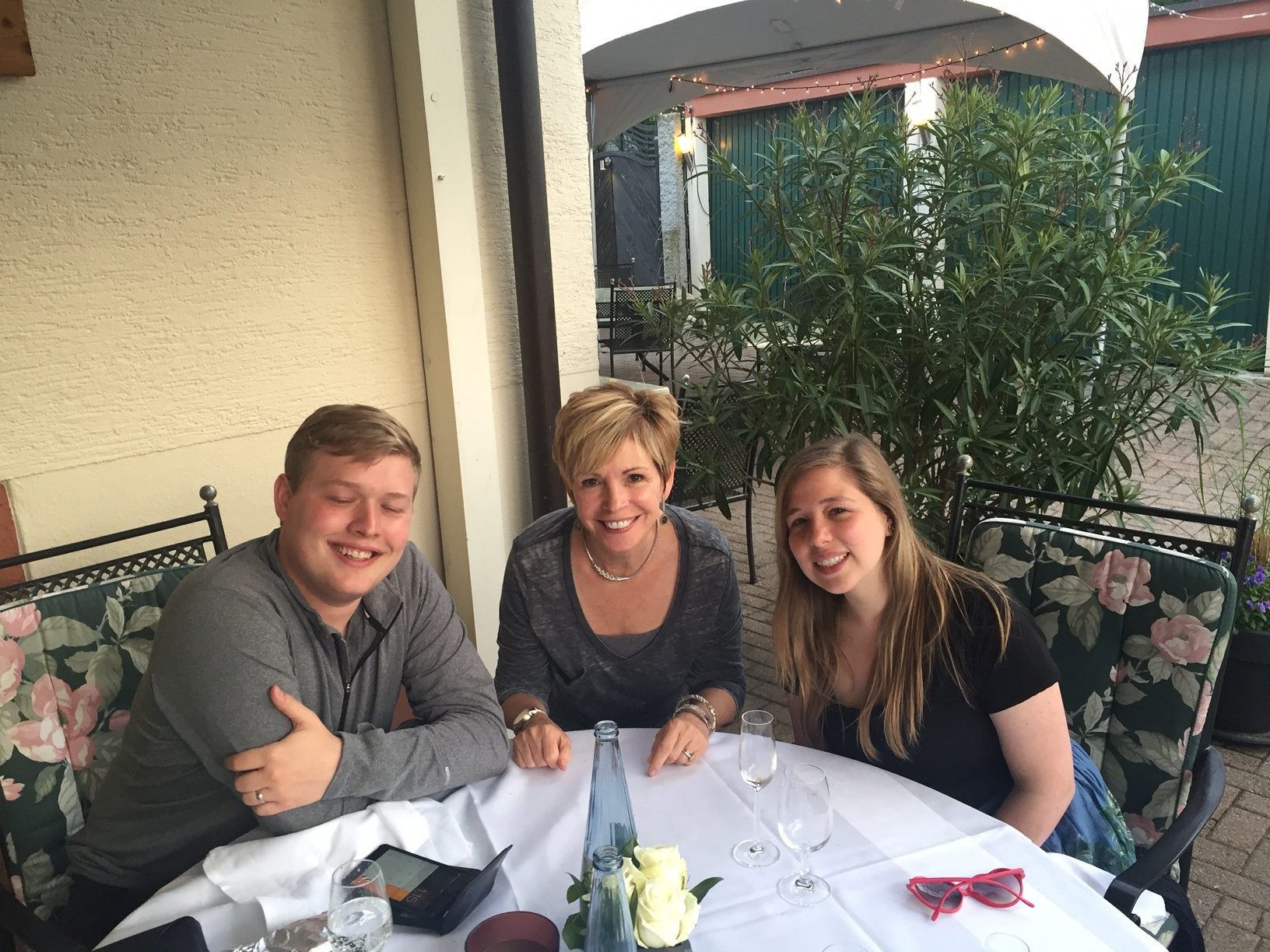 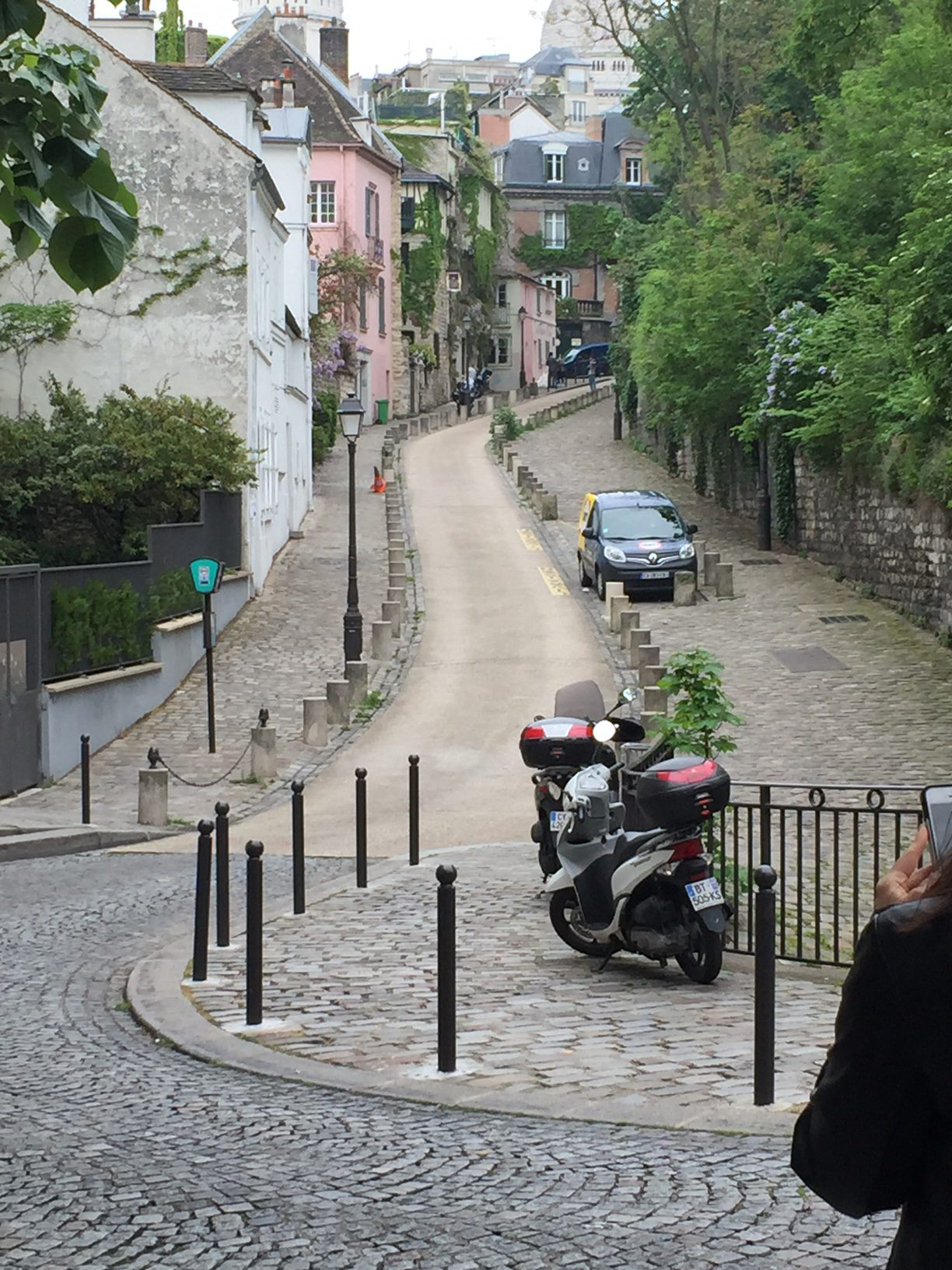 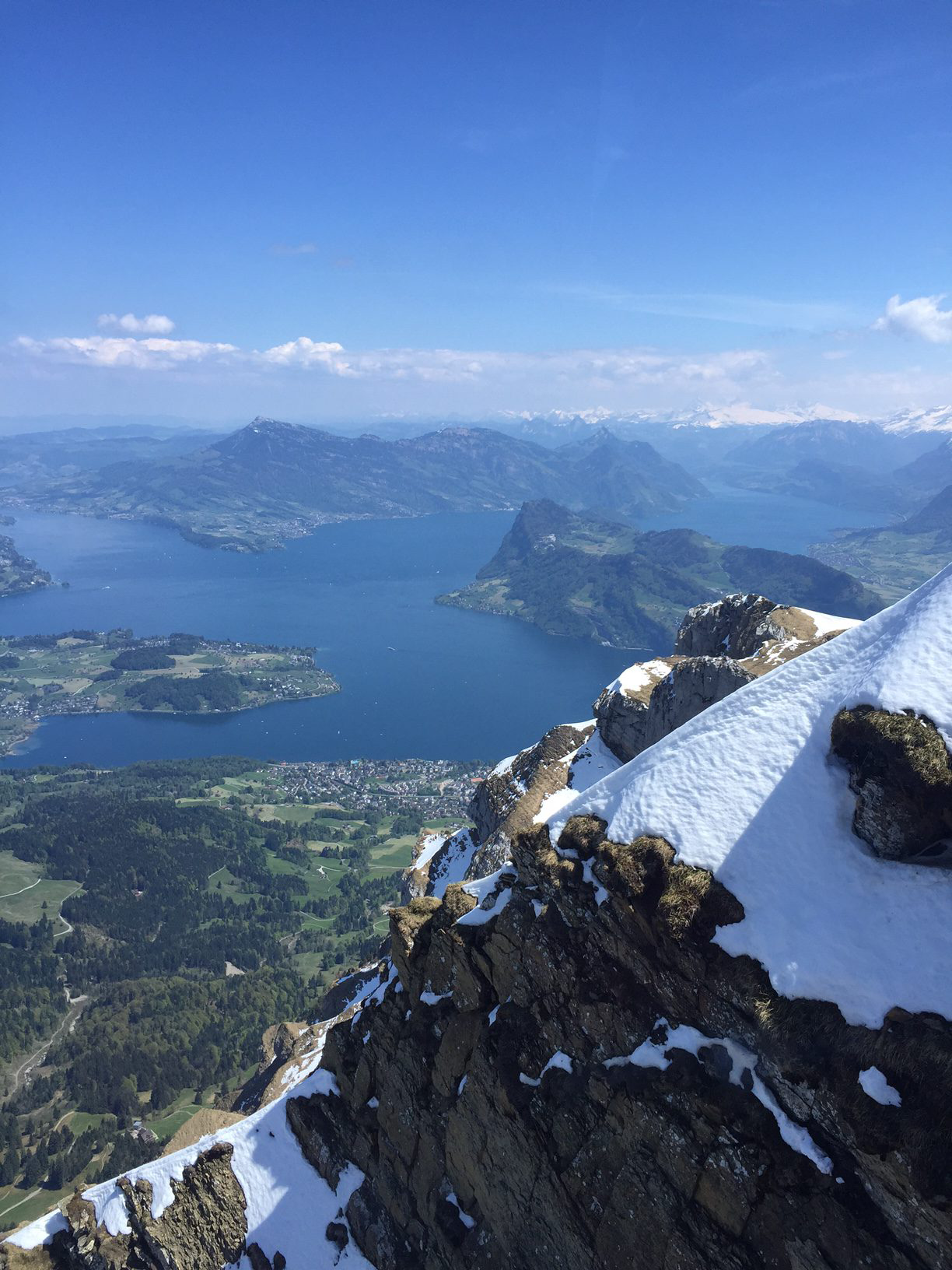 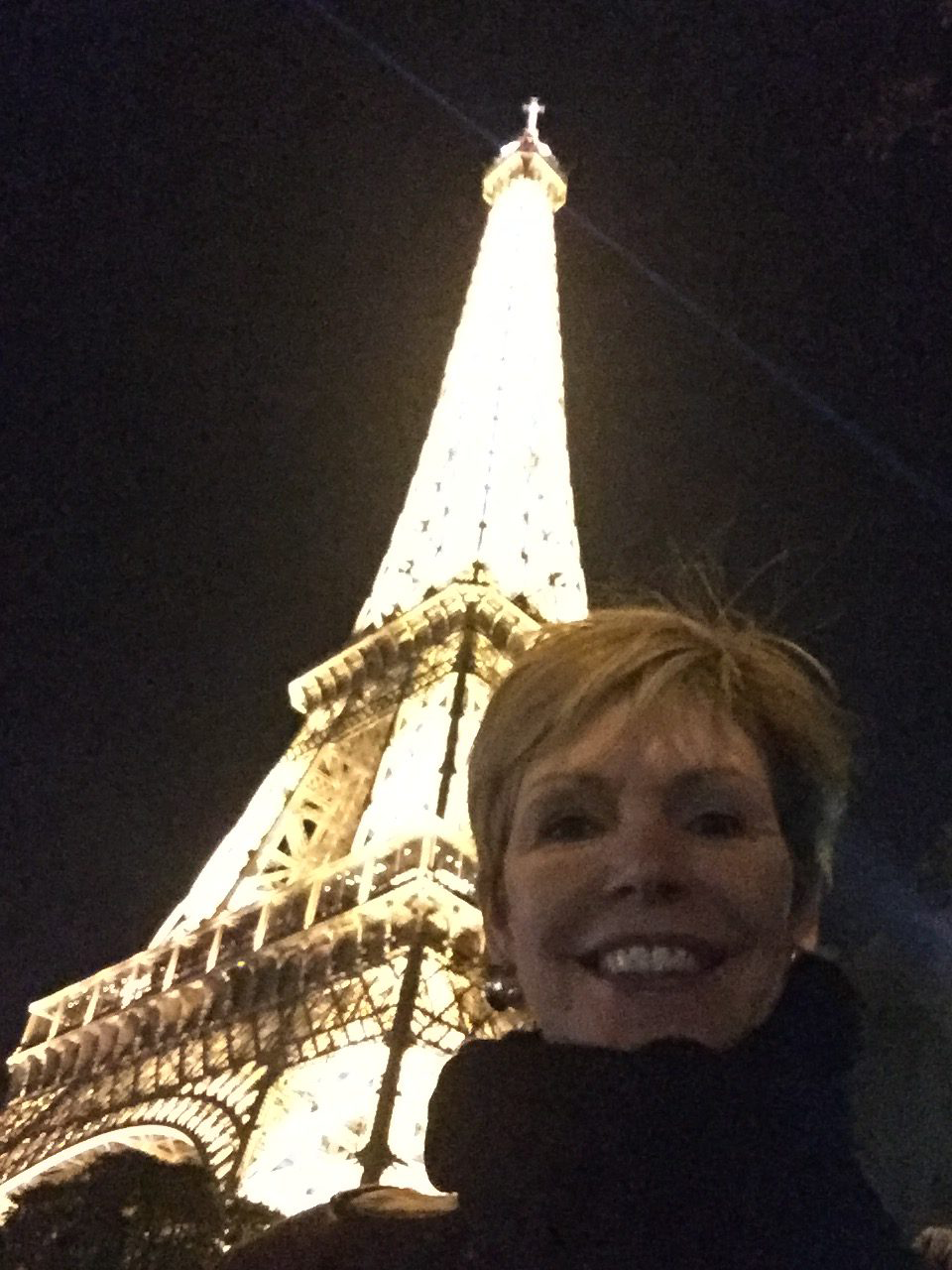 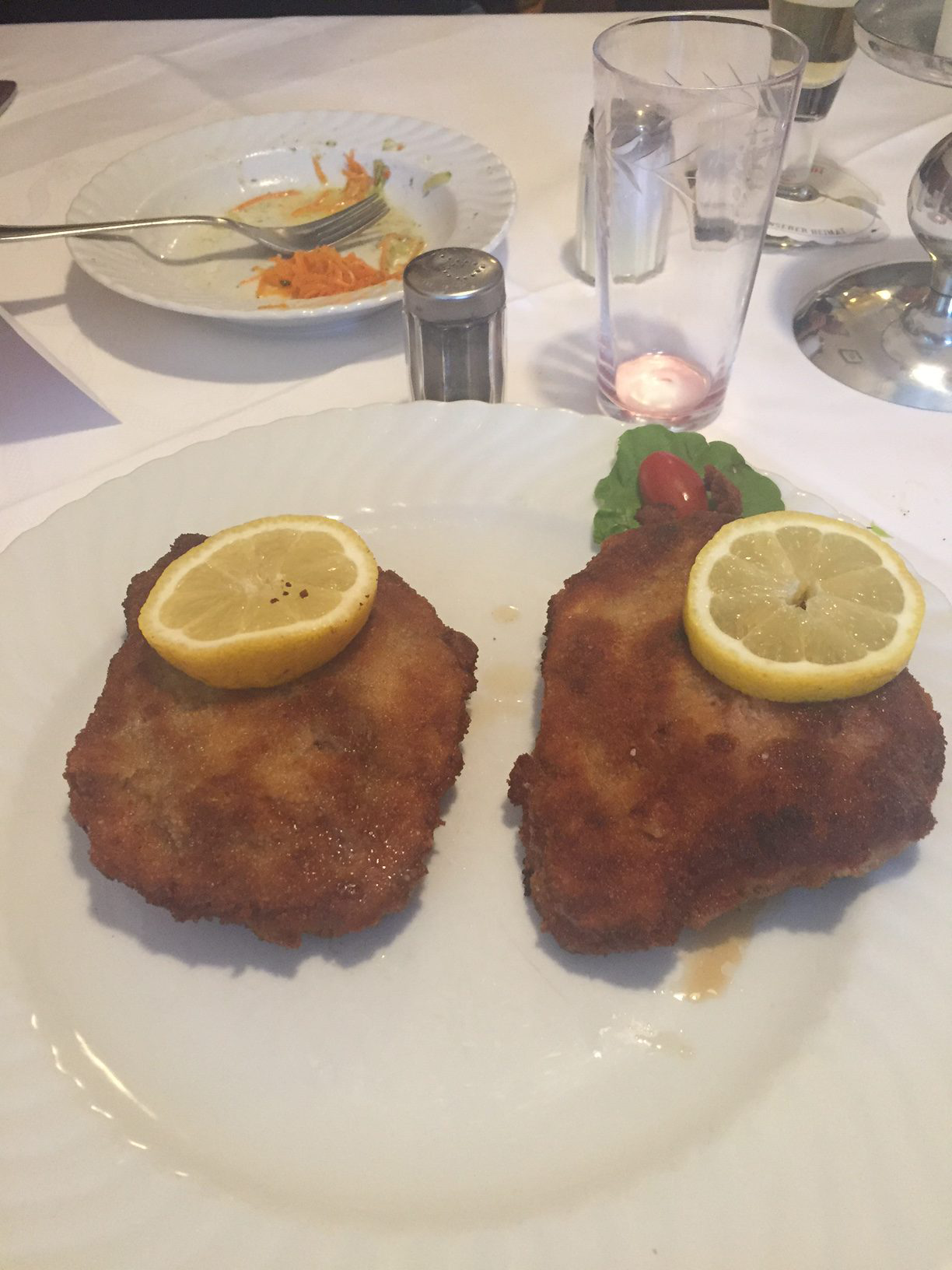 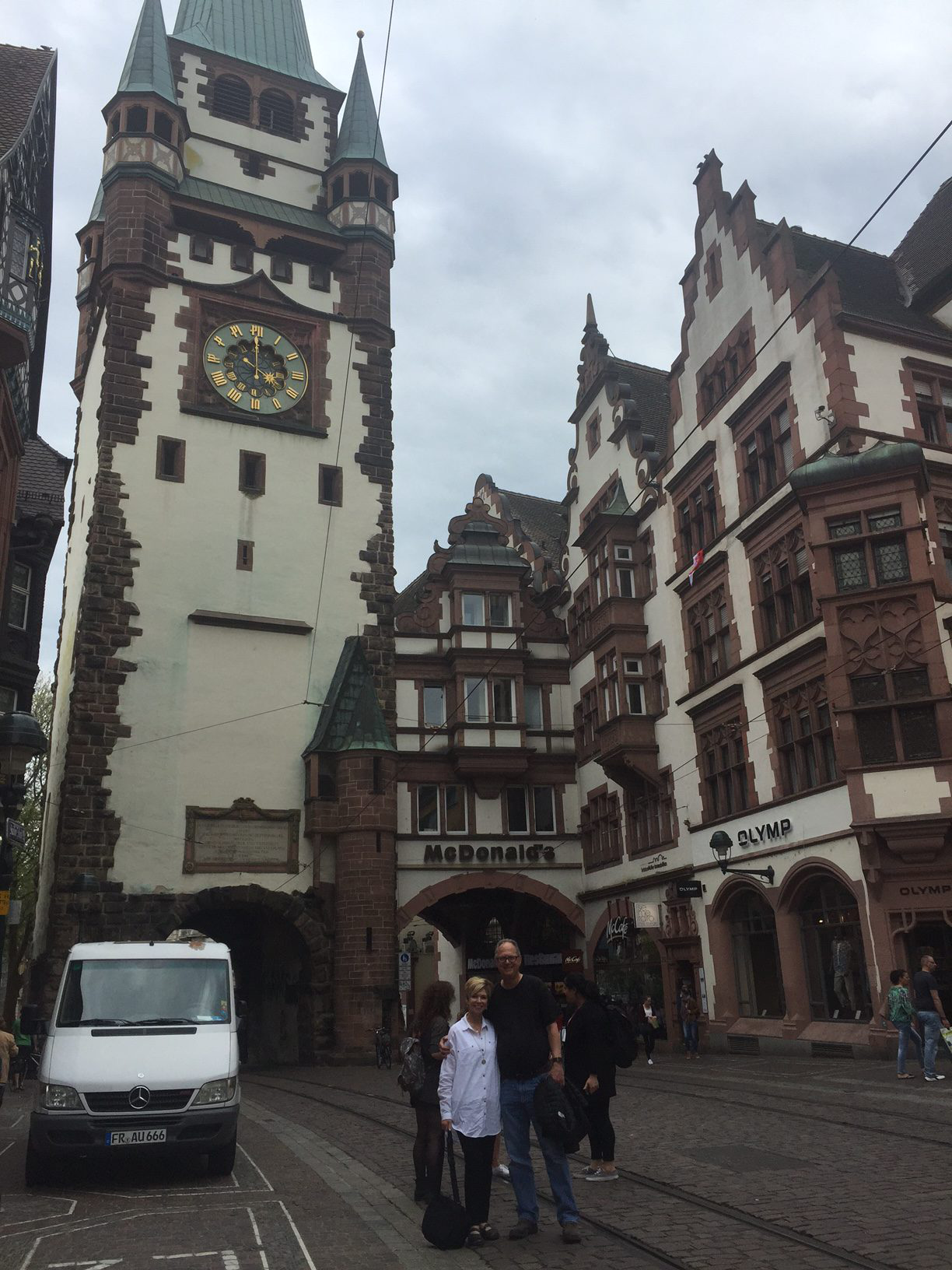 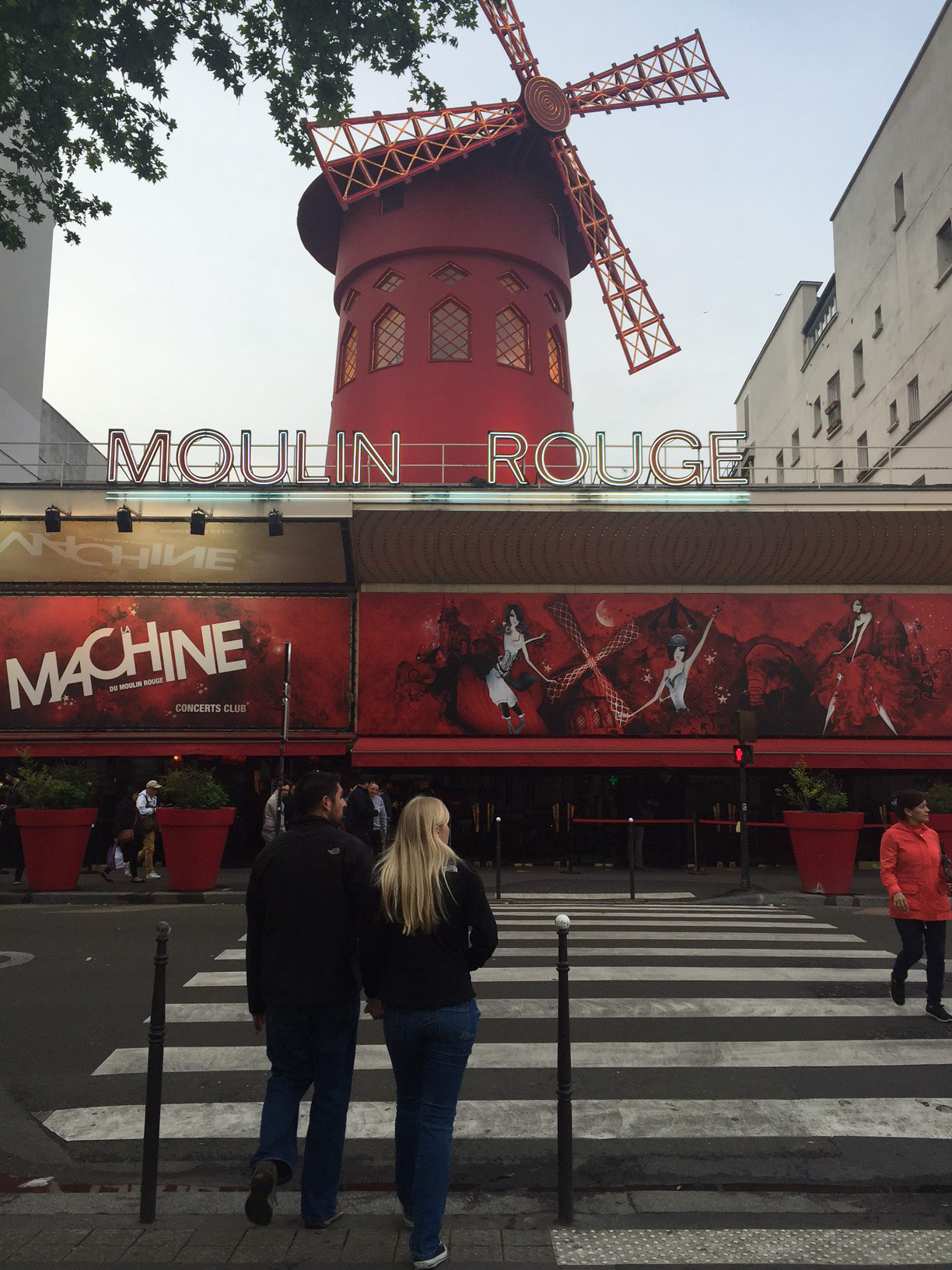 I want to thank our guest blogger for part two of her blog on facing our fears.

I could tell by the look on her face she was processing … my soon to be five-year-old. The furrowed brow was the dead give away. This was all new to her. Having just moved to the area, the surroundings, the guests, and certainly the unfolding drama were foreign to her. I also was a bit taken back and allowed the scene to unwrap out of sheer curiosity. The gift I received that day was the truth of my Grandmother's saying springing to life in front of me, “You can always find truth in two places ~ a drunk and a child.”

We had recently moved in and had invited the neighbors (a relative term in our rural setting) over to lunch. She came frazzled, toddler in tow. She quickly delivered the caveat that Johnny was “not quite himself”, because of his seasonal allergies. It became apparent that a steady stream of conversation was going to be non-existent. It was continuously interrupted by “Johnny, let's redirect”, “I would appreciate if you would come sit down”, “Did you know that it hurts when you slap and scratch Mommy's face like that?” … my four-year-old daughter's expression read like we were directing her in French to make and serve pate' that afternoon.

The dam broke when Johnny climbed uninterrupted onto the kitchen island and began in a rapid-fire succession pitching fruit with an accurate aim at his mother's head nary a miss. With a horrified look on her face, I watched my daughter stealthily move toward “the drawer” from which she immediately produced “the spoon” and ceremoniously walked it over to our guest, who at this point was losing 3-0 to Team Johnny. Stepping around the apples and orange, she quietly placed it on the table in front of her. Taking control she looked into the Mom's eyes and began, “Here, you probably forgot yours … you can borrow ours.” She held true to her middle name Grace that day.

“Why would I EVER need that? He's just expressing himself,” was the righteously indignant response from the Mom.

“Cause we're in the “No-Nonsense Zone”, she said, her chubby finger circling the air above her, “and she doesn't tolerate any of that!” pointing first to me and then to Johnny, who at this point had run out of ammunition and was flipping the empty bowl around ceremoniously akin to an end zone dance. There it was, plain truth from the mouth of a child. However unpleasant in the moment it was to hear.

There's a fine line between unfolding and unglued. I quickly stepped in before we crossed it. Taking advantage of the Mom's turn at silent processing, I found myself quickly grabbing Johnny from the island, “Thanks, Honey. I'm sure she won't be using that. It looks like Johnny's about ready for his nap. Why don't you go gather his bag and we'll help his mom get him into his car seat.”

Our fears, like our invited guests, have important lessons to impart ~ on many levels. We are wise to listen, even wiser to learn. Harnessing their power and making them our allies is our key to victorious living. (Tweet that)

In Part Two of our series on fear we will examine the three-part formula of turning Fear to Fuel.

1. When Something is Both Out of Place & Control, Name it

Let's not let the ridiculousness of the above situation go to waste. Fears, like small toddlers, take on a life of their own and absorb as much power as we allow them. Until their issues are named and called out they continue their pattern of keeping us in check by hurling their fruits of deception at our heads.

I certainly hope you would never allow what unfolded that day in the kitchen to happen to you. Then, I query, why do we allow it with our fears? What is so easy to discern with a toddler may take a bit more thought with our fears, but really they net the same yield. With every hurled, unchecked lie we allow their power to grow. A small toddler now takes on the shape and characteristics of a giant monster.

Do you remember the woman from last week frozen to death in her car? How about the one contemplating putting locks on her bedroom windows to remain safe from her husband? We can certainly make a choice to remain trapped in an out-of-control situation by listening to the lies of the fruit being hurled at us by both an out-of-control toddler or fear.

This is the “Goliath Tactic.” That is not God's plan for us. It's time to dig deep and shrink those fears down to size by naming them and addressing their behavior ~ much like David did with Goliath. In biblical accordance, let's examine the truth of II Timothy 1:7 NKJV in which we are told, “for I have not given you a spirit of fear, but of power and of love and a sound mind.” Whose power is supposed to be in authority here? Who's actually is? What are your fear monster's names? Why have they been given so much authority? Perhaps it's because we've never gotten to know them, or listen to their message in order to meet their needs.

Fear, like the toddler in tow, was part of the neighbor package. He came along with his mom because we had invited him in order to get to know them both better. Having never lived in a rural area, it made sense to get to know farmers. We had recently launched from suburbia; they were a fourth generation farming family. It was exciting, and we had much to learn about rural life in general.

Our victorious Fear-to-Fuel Life will assimilate the same patterns. We invite the fear over by name. In an about face, we become excited by the prospect of getting to know the fear. We beckon it to sit at our table (not so much climb on our island), in an attempt to listen to its much-desired message.

We are committed to hearing the message even if it is not the one we anticipated because we have a lot to learn. It is important to get the correct interpretation of fear's message, whatever it may be, and accept it for what it is.

Conversely, our defeat lies in the misinterpretation or, worse yet, the dismissal of the message. Ask the woman in the car, or the one desiring locks on her windows … or the Israelites as they listened to Goliath's trash talk. Make no mistake about the importance of this step ~ scripture doesn't. “The thief comes only to steal and kill and destroy. I came that they may have life and have it abundantly.” John 10:10.

Finally, after we have correctly interpreted and accepted fear's message, we need to craft an appropriate response. This is the imperative action point with the keyword being appropriate. This is it ~ right here. This is where the battle is either won or lost. Go to the drawers and get your spoons, we are about to enter the “No-Nonsense Zone”.

As so often is the case when we look at fears on first glance that day in the kitchen, we had two competing messages. Where would we be if we had crafted a response to the first message, “He is just expressing himself.” Like an artist staring at a garbage heap whose expression produces a rendering of Monet's Water Lilies, we can be easily confused by a misinterpretation or denial of truth.

Like fear misinterpreted or ignored, Johnny's “expression” would have had us all nursing some pretty crazy wounds as he hurtled through this tirade unchecked. Not to mention the “cleanup in aisle seven” that would have had all the innocents working double time. That's what the misinterpretation of fear is ~ a little truth with a lot of lies mixed in. It's that simple. Yes, he was expressing himself … in a totally unacceptable fashion. I know some of you are relating this to your own experiences. I know I did.

The latter, I believe, a correct response came from Johnny himself. When he delivered his message, it was through action. As we dove to protect ourselves, we “listened,” we heard. This was the interpretation, “I am out of control. I need help. I don't have the tools to help myself that's why I hurt you. What are you going to do about it?”

This is it, here is the crossroad. With the clarity of the message discerned ~ this is where the fear turns to fuel. It's Go Time ~ you have seen behind the curtain and know what's there. More importantly, you know whose you are. Herein lies the truth of the power of a sound, sound mind. Fear has done its job, now it's time for you to do yours. Size up, rise up, go to the drawer, get your spoon. Go to your backpack and get your slingshot. Sharpen your tools. This is the correct response. There are no better words than David's to Goliath that day in the valley, “I come at you in the name of the Lord.”

Standing firm, voices shaking, tools in hand, you speak that fear-fueled truth to the enemy in front of you until it keels over: to the snow storm, to the unending abuse, to the toddler on the island, to whatever looming giant God has placed in your path. This is the appropriate response to achieve a victorious outcome.

I learned an important lesson that day, reflecting on my Grandmother's wisdom. Truth does come from some pretty unsuspecting places. If a four-year-old could do it, why can't I?

Friend: How have you learned to name and face your fears? And, what responses have you used to face that fear monster down?