I’m in Chicago this week helping out my parents as my dad recovers from surgery. We would appreciate your prayers for his recovery. It’s taken much longer than usual and at 86 years old, he’s doing great, but it has been much harder than he planned.

One of my personal goals this year is to make more and more choices based on the person I want to be rather than how I feel. Just today I was at the grocery store picking up some items for my parents. It was sleeting (This is why I moved to Arizona, I hate cold freezing rain). I couldn’t find where I parked my dad’s car in the grocery store parking lot and I was getting wet, cold, and hungry. I started to grumble and complain.

But then I remembered I had a choice. I don't like myself when I whine and complain and I don’t want circumstances to determine who I am or how I behave. It was a simple moment of awareness – where I saw that I had a choice. I couldn’t change the weather, I couldn’t change the fact that I couldn't find my car, I couldn’t do anything about those things but I could get a grip on my mood and I did. It was a powerful moment to practice once again CORE strength, even when I was all by myself, nobody looking, nobody cared but me and God. But when we practice these things in the small moments we are much more prepared when the big moments come.

This week and next I’ve invited a guest blogger to share some insights she has learned this year in her journey after leaving her destructive marriage. Dawn has written here before and I’m sure you will be blessed by her words. At the end, she asks some questions and makes some challenges. I hope you will decide and commit. You won’t regret it. 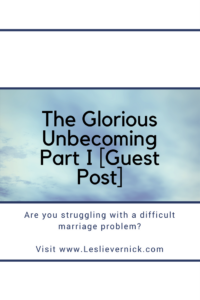 Perhaps what He noticed about her first, in eternity past, was that she was now answering to the names others called her. Their judgment had done its job. I’m sure that’s what broke His heart more than anything else, the crushing of her spirit.

As He looked back He saw more. The pain of her life ~ the events that caused the behavior, her poor choices made in ignorance, the sequestering of her soul, the futility of her own cyclical thinking, the many men who had fed off of her brokenness for their own gain ~ used her, chewed her up and spit her out. They were her norm. To her they were love.

This, along with the religious “others” that simply formed their own “church” at the well each morning to deliver their verdict on her life made up her tribe. That’s what was heartbreaking to Him ~ their “religion” that formed a wall leaving her on the outside.

That’s why He needed to go to her, to get up off His Throne, begin His role in the bloody and brutal process of redemption. The yoke of her slavery to it all had simply become too much to bear ~ for her and for Him. He knew who He had created, He knew her purpose, He saw how terribly off-course the whole thing had gone amidst the hotbed of the wrong “others” that surrounded her.

It was now time for Him to step in and set it all straight. He knew she needed Him, even though she didn’t know she needed him. So amidst even more scandalous controversy He chose to meet her that day, the male Messiah headed to the female Samaritan. He knew her knee would bend fully.

So that day He orchestrated something only He could provide for her. This was to be the day of her deliverance. The day He would move deeper to her dignity’s restoration as He called her His beloved and spoke tenderly, truthfully to her, drawing her to Himself. Once those had been secured, He would show her His plan … her destiny. This mid-day meeting at the well, in the heat of the noonday sun, so steeped in history, this was the Scriptural Day of her “Glorious Unbecoming.”

Here we are centuries later, Christ Sisters, and for so many of us, the story hasn’t changed much from the one in John 4 ~ a story of victimization, wrong assimilation of our own identities from others, and the dried up bones of a crushed spirit.

Here we are set to begin 2017 with the same excited anticipation and expectations that have met all of our other New Years ~ the superficial work of goals, diets, gym memberships, organization, more doing, more effort on our part ~ more of our own “cyclical thinking.” It’s the distracting layer covering the deeper work that He longs, yes, longs, to perform in each of us and we don’t even know it.

Just like the woman at the well, if we were to answer honestly, our best “cyclical thinking” delivered us right into these circumstances of pain that bring you to reading this. What if we were to succumb to the deeper work that Jesus desires us to do in 2017? Radical change ~ like the woman at the well. What if we committed to 2017 being the year of our own personal deliverance, restoration of our dignity, and the unveiling of destiny?

What if, with the deepest bending of our knees, at the end of 2017, we could look back with different eyes and see healing so transformational it calls for worship. It’s totally possible. It’s what He has come this year to offer ~ the deliverance of your own “Glorious Unbecoming.”

Over this week and next, we will explore the gift that Jesus went out of His way that day to deliver to the woman at the well, her personal one-on-one with the Master that would be her own “Glorious Unbecoming.” How He does that, the work and commitment entailed on our part, and results produced by our alignment with Him and His purposes for our lives.

Like the Samaritan woman, in varying degrees, we are all off-track. The difference is, we stand centuries later with the ability to begin at the end of her success story.

The Hero’s nod to His characteristic championing of the underdogs in life ~ that’s why He tucked her front and center in the midst of Gospel Scripture. Of this we can be sure ~ this story is because of His deep, deep love and commitment for women and His compassion for their brokenness.

It is that love that drove Him down off of His Throne, into human skin, to walk amongst the broken right to her that day ~ it is that same love that drives Him to us today. The question isn’t, “Is healing there?” the right question to ask is, “How badly do you want it?”

To begin the process, let’s start by asking ourselves this question as a framework for 2017. Let’s follow the example of scripture and begin with the end in mind. “How much of my God-given potential and calling do I want to have accomplished when I stand before Him to give answer and account for those very things?” Answer honestly.

What’s the number in percentage terms? I doubt many of you are going to come back with a 62%, 75% or even 90%. How many of the overachievers amongst us shot back with the 100% or even 105%? Then ask yourself this question. What are the deterrents that keep you from reaching that potential ~held you locked into your own cyclical thinking?

So as we stand at the outset of 2017, let’s agree to prepare our hearts to receive more of Him this year, less of us; because in all honesty that’s where the healing is ~ more Spirit-led, less worked based. More truth and reality as we allow the scales to be peeled from our tainted thinking.

If we look at the model worshiper in John 4 we can clearly see that she will be Spirit led and truth based. This is the worshiper He sets His heart on. Let's become, for the lack of better phrasing, gloriously undone!

In an unprecedented new way, with the marked precision of a front-line warrior, let’s set our sites, get ready to aim our fully surrendered, bended knees, and lock our gaze deep into His eyes. In ways that help us to reach our goals and reach our full potential of His calling in our lives. To welcome 2017 as your year of restoration and hope.

How can we know this can be true? She bore witness with a great AMEN in John 4; and, indeed, we can watch it unfold in our own lives. He placed her there, for those of us who needed to hear her story centuries later ~ the severely wounded, those trashed by “religion”, judged, humiliated, wearing badges of dishonor of our own making. They are laboriously quilted together with the names others have called us, the one’s we’ve believed to be true.

Christ Sisters, let’s take this opportunity next week to dissect the method of her healing, the same healing He longs to do in each of us. It’s quite simple, yet radical in its deliverance. Let’s look to see how He imparts to her what only He has the ability to give ~ her deliverance, her dignity, and her destiny. Let’s see how she was transformed by Him ~ broken to beautiful … deep down to her soul. Oh, how she ran that day after she sat with Him, right back into the midst of her oppressors ~ wrapped in her Glorious Unbecoming. She bore her new name proudly, it had penetrated her core, because He had given it to her. She was now victorious.

2017… it stands before us. I would encourage you to ponder and dialogue below through the following this week in preparation for next. How much of your God-given calling and potential would you like to fulfill in your lifetime? It is often said that deep level healing cannot occur until the pain of staying where we outweigh the pain of change, is that true yet in your own life?

What are the deterrents that are hindering your change and/or the fulfilling of your calling? Are they man-made, incorrect thinking, or a true season of God-given testing? How truthful do you think your own thinking is? Can you pinpoint where the enemy has taken footholds in your life and thinking?  (Click to Tweet)

Are you surrounded by helpful “others”?

Finally, I would encourage you to have this honest conversation with yourself. It starts with the principle Christ often used to those whom He encountered in His ministry. Do you WANT to be healed? If so, how badly?