I’m still in Chicago helping with my stepmom’s care. It’s brutal some days, precious other days. Death is always ugly whether it’s the death of a loved one, the death of a dream, the death of a marriage or other significant relationship. I’d appreciate your continued prayers. 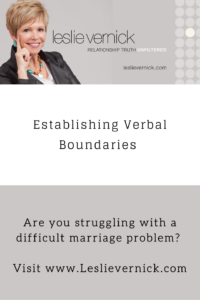 Today’s Question: Someone close to me severely wronged me and my family. I am filled with so much resentment I can’t stand to be in their presence but because they are family sometimes it’s necessary. I know my work is to let go of my hatred and resentment, but I don’t want them just to think everything is okay between us. How can I be present at required family gatherings without feeling like a fake or worse, a hypocrite?

Answer: [Tweet “Our greatest emotional wounds come from those we thought were safe people whom we love and believed loved us.”]King David struggled with this kind of pain in Psalm 55 when he cried out, “It is not an enemy who taunts me – I could bear that. It is not my foes who so arrogantly insult me – I could have hidden from them. Instead, it is you – my equal, my companion and close friend.”

I’m going to separate your question into two parts. The first part is to look at what their sin against you is doing to you. The apostle Paul encourages you: “Do not be overcome with evil but overcome evil with good” (Romans 12:21). Evil was done TO you. Don’t minimize or deny that. But also, don’t allow your normal feelings of anger over what happened to fester too long. If you do, they will infect you with poison and you will become full of bitterness, resentment, and hatred. That hurts you far more than it does the person who sinned against you. Understand this: you may feel perfectly justified feeling what you feel but when you get stuck there, you’ve allowed Satan a foothold into your life and heart (Ephesians 4:27).

The word “overcome” that the apostle Paul speaks about is not passive. It’s a fighting word. It is something you must do so that you do not become permanently injured by evil despite being wounded by it. Satan may have gotten hold of your family member, but don’t let him get a hold of you.

Talk to God (as David often did in the Psalms), when your angry bitter feelings overwhelm you. I’d also encourage you to exercise your chooser and forgive rather than waiting on your feelings to feel like forgiving. When you choose to forgive even when those who sinned against you never ask for forgiveness, you are freed. Forgiveness releases the toxins of hatred, bitterness, and resentment from your soul and body. Forgiveness alone doesn’t necessarily restore a relationship, especially when there has been no repentance on the part of the one who harmed you, but it does release you.

The second part of your question is also important. You do not want to fake it or mislead your family members into thinking your relationship with them has been restored just because you attend a family gathering where he or she might be there. Yet, you fear if you let go of your anger and resentment, they may misunderstand and assume all is well.

Many of us when wronged struggle with forgiveness and letting go of our anger. We want to make sure the person who harmed us realizes, “Things are not better.” We believe our anger sends that strong message. And… for a season that may be true, but not for years and years. That only harms you.

May I suggest another way? Your words can serve that purpose much better than sustained resentment. You could have a conversation or send a letter to the person who harmed you saying something like this:

I wanted you to know that I have been severely impacted by what you have done to me and my family. I still do not understand your reasons for the actions you took but whatever reason does not justify or excuse the pain you have caused. Our personal and family relationship has been damaged and I do not know how to repair it at this point. I know we will see each other from time to time at family gatherings, etc., and I will be polite and civil with you. But my preference is to not engage with you in personal conversation. Although I have forgiven you, this does not mean that our relationship has been repaired in any way. I have lost trust in you and cannot have a healthy personal relationship with you at this time. I want you to know that as a family member, I will continue to pray for you as I do for other members of our family.

Now you don’t have to fake it or feel like a hypocrite, but you don’t need to hang on to your resentment either. If they disrespect your boundary at a family gathering, you have the choice to walk away, leave the room, or the event. [Tweet “You don’t have to be a repeat “victim” of their actions.”]

In the Bible, Joseph was severely betrayed by his brothers and sold into slavery. He was falsely accused of rape and sent to prison. Joseph had every reason to be bitter and resentful long-term, but he did not allow what other people did to him to turn him into someone who is bitter or evil. He overcame evil with good (See Genesis 37-45).

If you read the account, you’ll see Joseph had no contact with his family for years after they sold him into slavery. When they came to Egypt seeking food during a famine in their own country, they had no idea that the person they were talking with was their brother, Joseph, though he immediately recognized them. Joseph was polite, gracious, even generous to his brothers, but he did not trust them. He remembered their treachery and did not make himself personally or emotionally vulnerable to them. It was only after a series of tests did Joseph finally reveal himself to them. He loved his enemies by helping them, (as Jesus commands us to do) but he did not personally fellowship with them until he knew their hearts were different.

Friend, there is no Biblical verse or command that requires you to trust or engage in close relationship with everyone, including relatives. Therefore, set up some boundaries that make clear the status of your relationship so that you no longer need to hold on to your anger or resentment to communicate where you are at.

[Tweet “Remember, resentment always hurts you far more than it does them. Let it go.”]

Friend, has it been difficult for you to use words to communicate your personal boundaries with someone? How you have worked on that?

Can Behavior Change be Enough?

Morning friends, I am in count down mode. Four weeks from now, all of our worldly goods will be loaded into a pod and our car and we will be moving down to the Phoenix, Arizona area. I’m having some moments of overwhelm. We’ve sold a good deal of our things. Yet there is still…

Five Indicators of An Evil and Wicked Heart

As Christian counselors, pastors and people helpers we often have a hard time discerning between an evil heart and an ordinary sinner who messes up, who isn’t perfect, and full of weakness and sin. I think one of the reasons we don’t “see” evil is because we find it so difficult to believe that evil…

Do I Have To Reconcile

Morning friends, Thanks for your prayers. My week in Mexico was amazing. If you want to hear a little bit about it as well as see some of the paintings I did while there, you can watch my most recent FB live here. We still have a few more openings for our Thursday Empowered to…