I’m up at our cabin, being nana this week, but I have a treat for you. I’ve asked my friend Gary Thomas to guest post for me today from his newest book When To Walk Away: Finding Freedom from Toxic People. I love hearing a pastor’s voice and heart validate the horrible effects of emotional abuse on a women’s soul, spirit, and body. He confirms what I say, a wife is not an object to use, but a person to love. 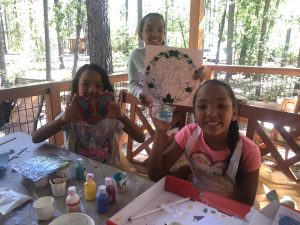 Christine was in bad shape: five feet seven inches tall, yet she weighed just ninety-eight pounds. Even so, every time she lifted a potato chip to her face her husband Rick said, “Sure you want to eat that?”

Christine wasn’t sure why Rick cared what she ate. They hadn’t had sex for eight years, though Christine had tried everything she could to interest him, including stripteases, bubble baths, candlelight dinners, and “everything short of standing on my head in the corner to get him to look at me.” Others called them “Ken and Barbie” but Christine began to feel like the ugliest woman on the planet. Rick preferred pornography and eventually even prostitutes to a real wife.

Believing that a “dutiful Christian wife” must endure such disrespect, Christine pressed on. They went to thirteen counselors in seven years. Christine wore herself out trying to get her marriage to work, but one fateful Christmas morning, Rick told Christine, “I don’t love you anymore and I want a divorce.” To be honest, Christine felt relief. As a Christian, she had tried everything she could think of to “fix” her marriage. Having it taken out of her hands felt like a giant burden had been lifted, until Rick added, “The truth is, I think you’re sick and I’m going to have you committed.”

Christine replied, “Rick, it’s not my head that’s sick; it’s my heart. You’ve killed me from the inside out. I’m not sick in the head, I’m worn out.”

The threat of having her committed turned out to be a ploy to strike fear in Christine’s heart, another marital gambit to gain a bit more control over his already beaten down wife. Christine eventually realized she had one of two choices: be destroyed or end her marriage. She chose to file for divorce. She explained to Rick, “I’ve come to the conclusion that this isn’t my problem; this is your problem.”

Rick went ballistic, threw everything off the countertops, slapped Christine’s glasses off her face, and put her in a chokehold.

Looking back, Christine believes she waited too long to leave but understands why she put up with what she did. “I wanted to be able to stand before Jesus and say I did everything I knew to do in order to save my marriage.”

Christine finally got the courage to let go one morning when she read Psalm 116:16:

Truly I am your servant, Lord;

I serve you just as my mother did;

you have freed me from my chains.

As God met intense financial needs for Christine and her daughters, Jesus seemed to be drawing Christine closer through this painful ordeal. Unfortunately, her church didn’t follow suit. Though some who knew the entire situation remained very supportive, Christine still got kicked out of the choir as soon as others found out she had been the one to file for a divorce.

A few years passed, and the church finally seemed open to welcoming Christine back into music ministry. She worked with a Kids Praise program. Her church put on a big Broadway kind of play once a year and Christine was eventually asked to direct it when the former director had to step back.

The passage of time transformed her in the minds of many from a “divorcee” to a “single mom.” The latter drew compassion more than judgment so the moms gathered together to collect $500 for a Target gift card to thank her for heading up the big show.

It wasn’t just the money. It was the church people saying, “You’re okay. We don’t judge you. We want to help you.”

After the show, a mature Christian woman voiced what many wanted to say, “Christine, God has fully restored you to ministry; I see the light in your face and it’s such a blessing.”

This ushered in a spring thaw, spiritually speaking. Christine was invited to teach a women’s Bible study, which exploded with a rich harvest. Years later, she met a wonderful Christian man. They got married and began teaching together. Christine remembers how Rick mocked her ministry efforts, saying no one would ever notice. Her new husband attended every class she taught for seven years straight, never missing a single one. He laughed the loudest, cried the most, and said aloud “amen” more frequently than anyone else.

Christine tells me that ministry with him “brings life,” not just to her, but to so many others.

If the mission matters, the end result of Christine’s actions has been a fruitful harvest. In the minds of some, she may be defined as having broken a “rule” (divorce). She was headed toward death, being spiritually assaulted on a daily basis. Today, she breathes life and hope and actively serves others. She never wanted to leave a husband behind, but she eventually realized she had to leave the toxicity behind, and being married to an unrepentant, toxic man, divorce was her only option.

A Weapon and a Gift

When divorce is used as a self-indulgent weapon, when a man or woman leaves their spouse because they’ve grown weary of keeping their vows or have found someone they think is “better” and others are left to support the victim and clean up the mess, you learn to hate such selfish foolishness.

On the other hand, in the face of unrepentant and unrelenting evil, divorce can be an effective tool rather than a weapon. Megan Cox, an abuse survivor’s advocate who was herself delivered from an abusive marriage, refers to her divorce as a “gift of grace.”

Because evil exists, we need to condemn the cause of divorce rather than the application of divorce. Christine was being destroyed in a toxic marriage and her ministry outside that marriage was almost completely quenched. When you see her now, full of spiritual life, ministering to others, you realize how much that thirteen-year-marriage cost her and the Kingdom.

I hate divorce in the same way I hate that anyone has to undergo the ordeal of chemotherapy. What a tragedy. But if a doctor has to order that action to attack the cancer threatening someone’s life, it becomes what we call a “necessary evil.” If a toxic person forces a spouse to seek the protection of divorce, don’t fault the person who is acting on behalf of truth—fault the toxic spouse who is using marriage to prey on a victim.

Megan Cox puts it this way: “The real tragedy is what happened to lead up to a divorce. The piece of paper is simply the stamped approval of the state on a devastated marriage. The devastation was probably what is much more evil than the signed document. The pain we all went through for years of toxicity, darkness, and abuse is what we should really be hating. Saving marriages is noble but Jesus died to save lives. Our lives are more important than our marriages. Jesus places more of a value on life than on marriage.”

Jesus once said, “No one who has left home or wife or brothers or sisters or parents or children for the sake of the kingdom of God will fail to receive many times as much in this age, and in the age to come eternal life” (Luke 18:29-30).

Did you get the part that Jesus here explicitly says some will be forced to forsake even their spouse in service to him?

Jesus was all about the Kingdom, making it the centerpiece of His teaching: “Seek first the Kingdom of God…” (Matt. 6:33) and pleading with His disciples to pray for more workers (Matt. 9:38). While we undervalue the work of the Kingdom we tend to overemphasize family. It’s not that God isn’t passionate about the family—He created it!—it’s that Jesus came bringing and teaching values that supersede everything, including the family.

Abuse destroys joy, and the Bible says the joy of the Lord is our strength (Nehemiah 8:10). Click To Tweet

Abuse thus threatens to make us weak, which undercuts our service. Abuse and gaslighting also destroy self-confidence, and a lack of self-confidence destroys the necessary fortitude we need to step out into service. I don’t like pitting family life against Kingdom service—nobody does—but victims of abuse often have the choice forced upon them.

Too often, the question has been, “can she still survive?” But that’s the wrong question. If Kingdom work is so important, the real question should be, “Can she still thrive?” In a fallen world that wars against each Christian’s individual service, we need to support our spiritual soldiers rather than be a party to ploys that leave them weak, confused, and unable to participate in every believer’s most important calling—seeking first the Kingdom of God.

Friends, how has Gary’s message, you were made to thrive, resonated with you today?

Hi Friends, I’m in Italy this week, my first time. I’m very excited to be here with my sister, her husband and mine. We are visiting three cities, Rome, Florence, and Venice. Instead of answering a question from one of you this week, I thought I would give you an article I wrote to supply…

My Wife Is Sexually Anorexic. Don’t I Deserve An Explanation?

Morning friends, What a whirlwind week I had. I spoke in York, PA for two days and then had the chance to go back to my old church in Allentown. It was wonderful seeing friends there and having a dinner gathering with my former small group. Monday I met with some additional friends and then…