Do I Have To Wear Sexy Clothes To Meet My Husband’s Needs? 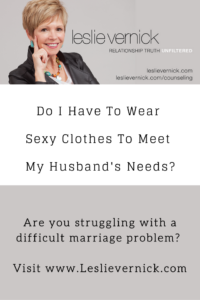 Morning friends, I just had an amazing weekend in Lincoln, Nebraska at Lincoln Berean Church where I spoke on the topic of The Emotionally Destructive Relationship. It’s so encouraging to be at a church that not only gets it but is actively helping women, men and families to learn how to be safe and have…

Morning friends, Hope you are having a good week. Holidays are usually pretty tough for people in destructive relationships and my prayers are for you to remember God has given you an incredible gift of his peace. Jesus says to us, “I’m leaving you with a gift – peace of mind and heart. And the…

Morning friends, I just returned from our family vacation from Hawaii. We cruised all of the islands. My favorites were Maui and Kauai. We took a bicycle ride down the mountain in Maui which was quite fun and saw some beautiful beaches and attended a Luau. But I think my favorite thing was watching my…