Was I Wrong In Speaking Up

I have a whirlwind schedule over the next few weeks speaking mostly on the East coast so I will be away from home for almost 3 weeks. Pray for my safety and stamina that I do each event with excellence. 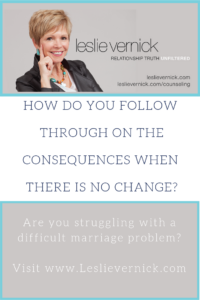 Today’s Question: My husband and I began reading The Emotional Destructive Marriage. I initiated this after many years of emotional abuse from him.

I read a third of it myself first and then I approached him, with a strong CORE and we had a calm discussion in which I said, we need help. I approached him by saying that we could read your book and apply it to our marriage, and or once again seek a counselor which we have done in the past. I told him if he chose not to do these things, then I would separate from him.

In summary one year later nothing has changed. I am strong and have a saving faith in Christ so really appreciate your beautiful and brilliant way you incorporate Biblical teachings.

My question is regarding the most recent episode of emotional abuse. It began about three weeks ago and often his way of treating me respectfully is to initiate sex.

Using my CORE I finally decided to confront him. I told him I couldn’t be intimate when we are not getting along emotionally and we need to practice more love and respect before I can have sex. This was the most awkward confrontation I have had with him. His response was to walk away in silence, a very typical one and used abusively.

Was that the appropriate way to confront him on this matter? How should I respond now that he is ignoring me?

I am so much stronger since reading and putting your book into practice but it is still difficult.

Answer: Good for you for speaking in CORE as well as refusing to pretend things are good when they are not. However as I read your summary of what’s been going on, I see you told your husband if he did nothing after one year, there was going to be a consequence and it was separation.

Separation would include not being sexually available but I wonder since you didn't officially separate, he began telling himself things must be better and tried to connect with you sexually.

Rightly so, you spoke up again. You said, “I can’t be intimate when we are not getting along emotionally and we need to practice more love and respect before I can have sex.” That’s a fine statement in and of itself, but it’s slightly different than what you said earlier, which was we need to read Leslie’s book together and talk about it or go to counseling together or we will separate.

I bring this up because I think sometimes we can unintentionally give mixed messages to our spouse. So to answer your first question, yes you were appropriate to bring things up with him. But it might have been more powerful if had you done it after the one-year deadline instead of waiting until he initiated sexual contact. Then his feelings of rejection wouldn’t have gotten in the way of him hearing your valid points.

Second, what you told him about not wanting to be intimate physically when there is no trust or safety between you makes perfect sense.  God created the sexual relationship for mutual pleasure and to create children in a bond of safety and love. That’s why he tells us to wait until we have that secure bond of marriage before we are physically intimate with someone. God cares about your well-being. Your husband wants the benefits of sexual intimacy without putting in the work to create emotional safety. Then he punishes you by emotionally withdrawing from you for long periods of time through the silent treatment.

So overall, you did great. You have become stronger, you have established some boundaries and have spoken up for yourself. Your husband’s silent treatment is part of the same pattern of punishing you for not doing what he wanted. But what is your next step? You say you are tired of living like this. He hasn’t shown any effort or interest in changing himself or the dynamic of the relationship. You can stay well or leave well, but you can’t make a good marriage all by yourself.

Friends, what makes it hardest for you to actually follow through on the consequences when there is no change?

How do I live with a detached, defensive husband?

Hi Everyone, I’m writing this blog from sunny California although I haven’t gotten to be in the sun much because I’m visiting with my new granddaughter and cooking meals for my daughter and husband. I’m 3 hours behind so to me it’s still early morning. It is so fun being a grandmother. See my Facebook…