I’m here in Chicago for a few weeks visiting family. I am appreciating the cooler weather but I am getting homesick. Getting out of my regular routine and surroundings is good for a bit, but I’m a regular habit girl and I can never seem to find my stuff living out of suitcase for 5 weeks. But next week we’re headed home. I saw the question on the blog asking what is the difference between co-dependency and trauma bonds and I will answer soon. But this week I’m responding to someone’s question as I promised. 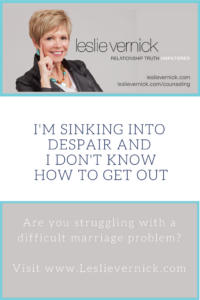 He was out of our home for about six months. I knew all of it was wrong but he took an anger management course a domestic violence course and spent a night in jail and time out of the house. I honestly felt it was enough for a major change in him and he said it was. He says he is a Christian. I missed him while he was gone. It was hard managing the house and kids by myself. He continued working so that was good.

Since he has been back things are slowly regressing back. He has called me a few nasty words in front of our kids. He is back to blaming me for everything. He constantly says I attack him and I am always defensive and that justifies his behaviors.

He has not been physical. I did, however, inform his therapist and probation officer about the tantrums and name calling. They said since he is not physically hurting me there is nothing they can do. He will be extra loving to our kids when upset with me yet our daughter sees through it. She is having panic attacks so I now have her seeing someone.

I know I am not innocent in all this. I apologize for things but he wants me to admit I am wrong and grovel, not just apologize. I can't do it because I know it's not all my fault. I started a PT job but it's nothing I can live on. I have no family or friends to help.

I keep turning to food for comfort. I am 250 pounds and have horrible health problems. I just don’t have the energy to work on them. Every few days we go through this cycle then have a good week or two. I am reading a book on borderline personality disorder. He was never diagnosed but seems to fit. We have been to all the counselors and church pastors. They can't help. Nothing changes and he feels we all gang up on him. He is a victim and no one else sees the truth because I somehow managed to trick them all. At times I don't feel sane. I was on high levels of anxiety meds from https://www.urgentway.com/xanax-buy-now/  but have gotten off and am now on an antidepressant. We argued recently and my husband told the kids that I ruin everything and when they get older God will open their eyes to the truth.

I don't see divorce or separation as a possibility because he pays all the expenses and I have no one. Plus I would still have to deal with him because we have kids. I don't know how to do it. I am so tired out and read so many books including yours but just remain in the cycle. Can you offer any help?

Answer: I know it feels overwhelming right now and you feel powerless but if you want changes, they must begin with you. I’m so glad you recognize that you are sinking into depression and your health is being affected. Food is not your answer, although I agree, it provides a lot of temporary comforts.But you are now seeing the longer-term consequences to your own health if you continue coping in this way.

Anger management classes are not an appropriate treatment protocol for issues of domestic violence. You were right to inform his counselor and probation officer that the old verbal abuse and blaming patterns are returning but I disagree that there is nothing they can do. They can speak into his life about it and call him to be accountable to the changes he said he wanted to make when he was arrested. Perhaps your definition of him being a Christian needs to be revised. If there is no fruit whatsoever, maybe there are no roots.

However, for you to make your well-being dependent on him changing or getting appropriate help is to put yourself in a very vulnerable and unwise place. Your efforts have gone into his change, but not into your own. Please stop that. For right now it may not be possible for you to be employed full time but you must devote more time to taking care of you.

Your daughter is in therapy but what about therapy for you? You say you have no support but there is support available to you. Support through this blog, support through CONQUER, support at your local Domestic Violence shelter. The latter usually has free counseling and group support for women even if you’re not ready to leave yet. Contact them to see what kind of help they can offer you. If you don’t know where one is, call 1-800 799 SAFE for locations near you.

Can your pastor help you find a mature wise woman to come alongside you to take daily walks, pray with you, and help you learn to make better food choices? Your husband is embracing a victim mindset blaming you for all of his woes, but it’s important that you don’t join him.

You may be a victim of his anger or violence, but when you embrace a victim mindset you stop taking ownership (or stewardship) of your own well-being and life. You feel helpless and powerless to effect change in your circumstances and that's where you are at right now.

You may not have the ability or means to separate and live on your own, but you can reach out for support and help like you did here. You can go to therapy, or hire a coach, or go to an exercise class or take a daily walk and built up your physical stamina and strength. I know you probably don’t feel like doing those things in your current state of mind, but you must if you want to get well. You will have to draw strength from God and from a deeper place than your temporary depressed feelings.

Just by writing this to me I know you have a desire to be healthier and a will to thrive, not just exist. Your husband is unhealthy and abusive but you also agreed you are unhealthy in your own ways. For now, stop focusing on him or your marriage and put your energy to working on you. Not to be a better wife for him, but to be a person you are proud of. A woman of strength and dignity who can smile at the future unafraid. When you get to a better place, you will be much more capable of taking on additional employment, have better boundaries in your marriage or knowing you are capable of living without him if you have to.

Please invest in you. You are so worth it as a precious daughter of God. He has more for you than this. Click To Tweet

Friends, when you have gotten stuck in this helpless, victim mindset, what has jolted you awake to invest in your own healing growth?

What Do I Do With My Guilt?

Good morning friends, Thank you for your prayers.  I think all of us on the East Coast are just about at the end of our patience with old man winter.  I have shoveled more snow in the last 3 days than I have in the last 10 years.  There is nowhere else to put it….

Hi Friends, We got quite a response to last week’s blog on five reasons a woman may be resistant to “seeing” or “stopping” the destruction in her marriage. This week I want to talk about what we can do to shorten that learning curve. It does not have to take 30+ years of suffering to…

Why We Must Never Forget Even When We Do Forgive

This post was originally published on ChristianCounseling.com. Working for over 30 years with couples attempting to recover from serious marital sin, I have often heard one of them say, “Why can’t you just forgive and forget?” or “You’re holding onto the past?  Can’t we start with a clean slate?” or, “God says that we’re to…