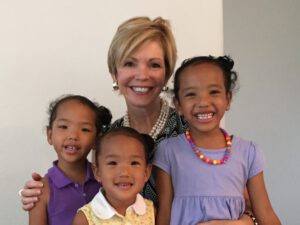 I know you are anxious to read part two of how a couple is working hard to stay well together and their individual journeys. Here is W’s journey. My questions to her are in bold her responses follow.

How did you become aware that your marriage had become destructive?

Last week in his post, my husband mentioned his “entitlement” attitude he brought into our marriage. He defined this as the belief that he was entitled to have me do and say the things necessary to make him happy. My problem in this dynamic was that I believed he was right and that this was my role and duty as a good Christian wife, no matter how I felt.

I had originally been attracted to my husband’s “bigger than life” personality to help overcome my insecurities and sense of powerlessness that I brought into the marriage. I saw my husband as so vibrant, Godly, and respected. He seemed to fill every place in me where I felt lacking. I wanted him to be my rescuer. (Can you see the train wreck coming?!)

My undeveloped lack of self and lack of voice (lack of CORE) ultimately created an emotional over-dependence on him, and did not serve our relationship well. Instead of being aware, speaking up, and bringing balance, I dismissed my concerns, avoided conflict, just tried harder, and kept the peace at any price. I was dishonest about who I was and how I really felt. This dynamic progressed and what I thought was submission to him in love, was really accommodating him out of fear.

In retrospect, I had developed a perpetual focus on my husband-whether he was physically present or not- thinking that somehow I could do something to control what he would say or how he would act.

This preoccupation kept me in a stuck place. While I was focused on him, I was not taking responsibility for myself and my stuff. I felt very alone.

Our regular conflict and lack of resolution, even after much joint marriage counseling and several marriage intensives, had left us feeling hopeless.

How did it impact you-physically, emotionally, spiritually, mentally?

Living in fear took a toll physically on my adrenal system, creating exhaustion. When we were experiencing tension, because I’m a conflict avoider, I would experience disengagement and I would sense my brain literally “freeze” up. At that point I would forget much of what had been said or done. I would feel exhausted and just want to withdraw and go to bed.

Without being aware of it, spiritually, I allowed the voice of my husband to become the voice of God. My husband’s disappointment and disapproval became God’s and therefore had great power over me. The message of this idol in my head was, “You are not enough,” and “You just don’t get it, do you!”

What steps did you take to communicate that to your spouse? Did he hear you?

Neither one of us could hear the other at the time we separated. When we began the painful process of change, it created a lot more conflict. Our separation was necessary so we could get our eyes off of one another and onto ourselves.

When you separated what work did you do?

At first I needed rest. I took advantage of the stage of life I was in, my kids were married and moved away, I was retired and as I began to refresh. I experienced new found strength and an insatiable zeal to figure out our dynamic. What felt particularly healthy – being the lifelong caretaker I had been – was doing it for my own benefit. This was the beginning of new history for me.

I was able to ask, “What did I need?” And I had the space to listen and pursue the answer.

I read voraciously, made copious notes, and attended counseling sessions, intensives, and workshops. I participated in a nutritional cleanse that helped me focus on my spiritual cleanse-things that needed to die, in order to be resurrected to something more beneficial.

I got involved in 2 separate women’s groups and began meeting regularly with 2 individual women for processing, prayer, encouragement and growth. In these safe places I took a chance, broke my silence and exposed who I really was …and they embraced me and we grew together. This created an emotional intimacy I had never experienced before.

When did you know it was time to reconcile?

It’s interesting that it took about 9 months time to birth our new relationship. Basically, we reconciled when we came to a point where we had some agreement on what our underlying marriage issues were and began seeking and asking forgiveness.

How have you and your husband built new history?

It was at this time I discovered Leslie and began coaching with her. Leslie excels at helping define the problem, giving vision for what a healthy relationship looks like, and persistent action steps based on biblical principles to keep us moving forward. She is a gifted coach and mentor and was invaluable for our marriage.

In the past, I judged progress solely by my husband’s emotions. Was he happy? Then we must be improving. Was he angry? It must be my fault-something I did or didn’t do. What can I do differently? It kept me off balance, and added to my confusion.

We have worked hard to develop a safe relationship where we mutually respect one another’s opinion, share responsibility and power, honor our boundaries, and give and offer feedback to one another.

My husband has learned to honor my “No”, without reacting or responding from feeling entitled. I stay vigilant to make sure I’m not falling back into any patterns of fear, avoidance, or dishonesty.

We both are learning to ask for clarification “What did you mean by that?” before we assign motive to the statement and react. We used to hurt each other by reacting to what we thought they said.

We both ultimately feel Christ is our judge and we are accountable to Him. We also know his Spirit lives inside us. In this process, as we confess our wrongdoing, we have grown more sensitive to the Spirit’s correcting and training-He ultimately has brought about this miracle of change in us.

I’m sure this hasn’t been a perfect journey, what do you do when you slip back into old history?

I hate setbacks. After we first got back together, setbacks were very difficult for me. I found it hard to resist the temptation to feel hopeless and depressed.

We still have setbacks, but now I resist the temptation to let setbacks define our relationship. They can be used as a healthy part of growing.

I journal my feelings. As I see how I’m feeling, I look at my thoughts and analyze them according to God’s truth of who I am and what has happened. I stay current with my accountability partners.

I remind myself of our improvement-we may not yet be where we want to be, but we’re a long ways from where we came from.

How is your marriage better than before?

This is an amazing statement for me: Peace instead of fear and tension has become the predominate atmosphere in our home. We’re recognizing there is fruit from our hard work.

We’re doing a better job at accepting each other for who we are, offering grace and thereby growing in true intimacy. It feels good to be known and to be accepted and to experience a safe environment not only to be honest with one another, but to fail one another.

I am developing empathy for my husband. When I realized I was no longer responsible for him, it gave me space to circle back around and genuinely have and show empathy and compassion to him, because I didn’t have to fix him.

Satan loses when we choose to fight evil with good (tweet that).

We’re doing a much better job at recognizing in the heat of the moment that we are not each other’s enemy.

My husband and I found that endurance is essential. Progress is often slow and consistency over a period of time builds trust.

I recently came across this video that shows how learning something new can take time, but with persistence and practice, we can learn how to do new things, even in relationships.

Friends, How has W’s journey encouraged you to take healing steps of your own?

Morning Friend, Thank you so much for your love for one another on this blog. I am so very grateful that you are such warriors on each other’s behalf. I know so many of you are very busy and the time you take to thoughtfully respond to one another deeply touches my heart. I…

Morning friends, A puppy is coming on Saturday. I’m very excited, as are my granddaughters. I’ll post pictures next week when we pick her up. Her name is Addison, Addie for short. My granddaughters decided Addison if it’s a girl, or Edison, Eddie if it’s a boy. Grandkids are so much fun. They remind me…

Topic: How do I know someone is truly sorry?

Good morning friends: Thank you for all your responses last week to my question “what keeps you stuck and unchanged”. I’ll talk some more about that next week but today I thought I’d try something different. I’m going to respond by video to the question asked by The Good Wife in last week’s blog responses….