What are a Few of Your Favorite Things? 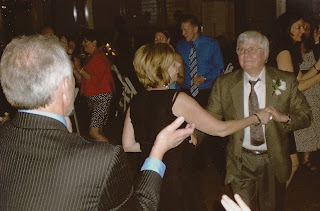 Saturday I joined Michael and Gina Spehn on their radio program Family Matters for a fun recollection of some of our favorite things. I didn’t know ahead of time what questions they would ask, so I was all prepared to answer that my favorite foods are dark chocolate and Lou Malnati’s pizza and my favorite beverage is diet coke. However, their questions weren’t so simple.

We had such a great time sharing, that I thought for this week I’d tell you some of my favorite things so that you could get to know another side of me.
I invite you to share a few of your favorite things with me too, and I will reward those who respond by entering your name into a drawing for a free autographed copy of my book, Lord I Just Want to be Happy.

You don’t need to answer the same questions, but you certainly can.

My favorite bible teacher(other than Jesus): The writer of Ecclesiastes–which some people say is King Solomon who also wrote parts of Proverbs. Either way, here was a man who lost his way in life. The older he got, the more foolish he lived. But as he looked back and surveyed his life, he commented on what he learned. I think he might have said, “If I had known then what I know now, I would have made very different choices.” Throughout Ecclesiastes, he speaks quite lucidity on what really matters and what doesn’t. I think his message needs to be taught in today’s culture that has lost its way striving after pleasure, riches, power, status, and knowledge. The writer had all those things and more, but he warns us, eventually they all wind up empty.

My favorite bible character: Queen Vashti in the book of Esther. She was a brave woman who stood against her husband’s demand in a culture that treated women as objects to own rather than people to love. Vashti had the courage to speak the truth, even when it cost her freedom and her crown.

My favorite line from a movie: “Have you ever become the worst version of yourself?” asked by Tom Hanks to Meg Ryan in the movie “You’ve Got Mail.” As soon as I heard that line I grabbed my pen and wrote it down. I have reflected upon it often.

My favorite line from a song: “Ring the bells that still can ring, forget your favorite offering, there’s a crack in everything that’s how the light gets in” from Leonard Cohen’s, song, Anthem. I love how he squeezes a profound truth into a single sentence.

My favorite street in the world: I didn’t know the name of the street, but my favorite place to walk in the world I’ve seen so far is Red Square in Moscow, Russia. I was absolutely awestruck by the beauty of the Russian Orthodox churches as well as the architecture of the Kremlin and other buildings that bordered the square. We were there on an early Sunday morning, saw the sun rise and watched an old babushka woman in the high church tower use her foot to pedal the bells ringing praise to the one true God. The entire morning was glorious–a little taste of heaven.

My favorite moment (other than having my children or getting married): Last year, I convinced my 81 year old father to fast dance with me at my nieces wedding. My father had not danced for most of his adult life. I had to drag him on the floor, but we both had fun, and it will be a memory neither of us will ever forget.

So friends, share some of your favorite things. I’ve been humming that song from Sound of Music all weekend!

My Pastor Said I Cannot Divorce, Now What?

Morning friends, Thank you for your prayers. I am feeling them. There is still time to register for our CONQUER conference coming soon, next month. We have close to 400 women registered from all over the US and Canada. It will be an amazing time of seeing how important it is that women, Christian women,…

Morning Friend, It’s hard to believe that we are near the end of 2017.  If you could make one change in yourself for 2018, one change that you would be most proud of, what would it be? This week’s question comes from a woman who isn’t seeing the change she needs to make quite yet….

Living In The Truth When It’s Hard And Ugly

Morning friend, I’m angry as I answer this reader’s question. I’m angry at her church and pastors for not being wise enough to know what they were dealing with and continuing to make the mistake of prioritizing the institution of marriage and a man’s sexual needs over a wife’s safety, sanity and the well-being of…