How To Stop Making Christmas Happen For Everyone 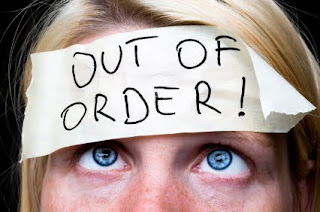 This week I am in Florida at a beautiful condo on the Gulf of Mexico that some friends of mine graciously let me use to rest, read, think, pray and write. I probably will have a little fun too. But beauty is so restorative to my soul. As I’ve said before, it’s essential to our spiritual and emotional well-being.

So instead of writing an answer to a new question today, I’m going to repeat an answer I gave to a woman last year who was feeling resentful that no one helped her with holiday preparations. I thought some of you might be feeling the same way and could use some of these tips NOW so that you don’t end up angry and exhausted after the holidays.

Today’s Question: I’m angry, hurt and tired. It seems like I’m the only one doing all the preparations for making our holiday a nice one. If it weren’t for me, we’d have no tree, no presents, no cookies, and no Christmas dinner. But it’s not only the holidays that I feel this way. I feel like I carry the entire responsibility for everyone’s life to go well. Am I being selfish that I want someone to care about me and my needs once in a while? Signed a burned out wife and mom

Answer: No you are not selfish for wanting someone to notice that you are a person and not just a machine that makes sure everything goes well for the people in your life. That said, I find many women in your exact predicament. You over-function which enables the other people in your life to under-function. That’s fine once in a while or when there is a specific crisis, but when that becomes “normal routine” for a family, marriage or even workplace, it can lead to disaster.

Let me explain. When you do all the preparations and carry all the responsibility, people begin to see you in that role and expect you will continue. The perks of over-functioning is that you get total control (which some people want and that’s why they do it all). However, most people get worn out over time and begin to feel resentful and unloved (which by your letter is happening now). If you start to balk or complain or get crabby, your family members look annoyed and wonder what is wrong with you? If you ask for help they either ignore you because they are used to you doing it all, or they give you such an attitude it’s just easier and more peaceful to do it all yourself.

When this happens in a marriage or family, it’s important for you to realize that it not only hurts you to carry the entire load, it hurts them not to help you. You are not doing anyone any favors by allowing them to think you can do it all while they relax on the couch watching television, sit in front of the computer playing games, or do their own fun things. It only enables selfishness to flourish and for your resentment and bitterness to grow– a lose/lose pattern.

So how do we change this pattern? It starts with you. You have to be willing to relinquish control of everything and how things are going to be. Next, speak up to whoever your change will affect. Begin this dialogue by taking the entire responsibility for over-functioning (don’t blame your family) but state that you are no longer going to continue. Tell them that you are tired and starting to feel angry and resentful toward them and don’t want to have those negative feelings so YOU are going to change. You must be willing to let go of control of how it’s going to be and then spell out what you are no longer going to do specifically. For example you might say something like this:

Hey guys, I need to apologize for being so crabby lately. I think the reason I get that way is that I feel like I have to do everything in order to make it a nice Christmas for you all. But then it’s not a very nice Christmas when I get upset and resentful is it? So I’d like to simplify the decorating–I’m going to get an artificial tree so it’s not a hassle going out and cutting one down and I’m not going to bake anymore. It’s just too much work and I don’t want to feel resentful that you guys don’t want to chip in to help. I’m realizing that perhaps my expectations were too high and those things just aren’t important to you so I’m going to let them go.

Now, you HAVE to mean it if you say it. Here’s what will happen next. If those things are important to them and they do want a real tree or home baked cookies, then they can offer to take responsibility or help to make sure they happen. If they don’t, then you must LET THEM GO in order to demonstrate that you will not carry the entire load anymore. Until your husband or children experience the consequences when you stop over-functioning, they won’t begin to pick up the slack.

Here’s another example of a possible speak-up dialogue:

Honey, I’ve gotten burned out in the past with all the gift buying for everyone, so this year I’d like it if you took the responsibility for getting the gifts for your family. I don’t care what you get them but I don’t want to carry the entire load anymore. If you don’t want to do that, just let your family know that we won’t be exchanging gifts with them this year because I can’t do it all.

Many of you reading this are seeing lots of other areas where you over-function and allow your family to neglect carrying their own load of caring for themselves and caring about you. Please understand that God doesn’t want you to sacrifice yourself in order to allow someone else to be lazy or selfish.

The Bible says two things that at first glance appear to contradict one another but both are true. First, we are called to bear one another’s burdens (Galatians 6:2), and second, each person is to carry their own load (Galatians 6:5). Both teachings are true. We carry another’s burden when he or she is unable to carry his/her burdens alone. However, when we carry a load for someone who is perfectly capable of carrying it themselves, we enable that person to under-function and that hurts them. It allows them to stay lazy, dependent, selfish and self-absorbed. As C.S. Lewis so wisely wrote, “Love is something more stern and splendid than mere kindness.”

It’s not too late. It’s only December 5th. Delegate and let go and you enjoy the season for a change.

Morning Friend, It’s hard to believe that we are near the end of 2017.  If you could make one change in yourself for 2018, one change that you would be most proud of, what would it be? This week’s question comes from a woman who isn’t seeing the change she needs to make quite yet….

Morning friend, Thanks for your prayers for my parents. They are doing a little better and able to manage somewhat better. It’s hard watching those you love struggle and be in pain. We are in the middle of our Moving Beyond Challenge week and it’s amazing. We’re seeing real breakthroughs from stuck to free. If…

Morning friend, Thank you so much for all your heartfelt love and support for one another. I am grateful for you all. Lots of activity here with my daughter’s family moving to the area and the Fall speaking season gearing up. I do appreciate your prayers and continue to need them. I have more on…