Well, we had quite a challenging week at leslievernick.com. Our blog didn’t post correctly last Wednesday and therefore your responses weren’t showing up. Then we discovered other problems with people trying to access our CONQUER membership site. After two days of searching, we found that our hosting site had installed a plug-in that negatively affected my website. The website was down all weekend, but I had a great tech team on it and they worked tirelessly to restore it. I really appreciate all their hard work, especially on a holiday weekend. Thank you, Martha, Cassandra, Jael and Howard.

If you posted a comment to our blog on Men being victims of Domestic Abuse it probably didn’t post and was lost somewhere during the transfer of my entire website to a new hosting site. However, I would encourage you to take a moment to go back and repost what you said in your comments. It’s that important of a topic.

And, when you think of it, pray for me. I am feeling way overwhelmed and stressed and I don’t like that feeling. I guess moving and trying to stay on top of everything has caught up with me and I am not on top of things, and some things are falling through the cracks. We also decided to do some remodeling of our house before we have company in March, which has everything torn due to our floors and countertops being replaced. I’ve been living in my bedroom for 8 days and it’s starting to get to me. Plus, it poured rain all weekend – in the desert of Arizona. Am I whining? A little bit, but I want to keep it real sisters. How can you pray for me if you don’t know a little bit of what is going on? 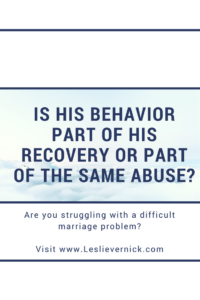 Todays’ Question: After 20 years of financial, spiritual, verbal and emotional abuse by my husband, one of my pastors woke me up to the fact that the way I was living was not the way a professing Christian man who served on the worship team was to treat me and our 5 kids. In the following 3 1/2 years my church stood behind me by confronting him, removing him from the worship team, and supporting me.  We engaged in couples counseling with 2 different psychologists, 2 pastors and I was in a group with 2 other ladies who had husbands with mental illnesses causing abusive behavior at times. Nothing impacted him to look at himself and the abuse was worse during those 3 years.

This fall I wrote an appeal to the elders asking for intervention after a particularly hard week. Since husband was on worship team he had to agree to meet. I met with our counselor and told him I was done with couples counseling, as it was damaging me and not helpful. My husband’s behavior was confronted by the elders and he lied, gas lighted, blame shifted etc.

They asked us for a report from our psychologist who wrote the behaviors were abusive, saying he had times of altered reality affecting his perception of events and recommended individual sessions for him. The elders removed him from the team, rebuked him in love, confronted his behavior, supported my physical boundary (no sex) and appealed to him to meet with 2 of them for accountability.

We have met every other week with a group of 3 elders and 2 women of my choosing, and are going through a study called “solving marriage conflict” by Gospel Way. The men are spirit led and since my husband respects them so that they are able to push hard. A month ago, all of a sudden, he seemed to “get it.”

He humbled himself, repented and began immediately to make amends. He is learning and continues to be in individual counseling and with his 2 men accountability partners.

My problem now is that I feel numb, and frankly do not feel love for him. I am committed to staying married; my kids have said they prefer that. He has repented in front of them. I believe I have forgiven him, now the reconciliation process is possible and I’m not sure I want that. I’m not sure why I wouldn’t want that after all this.