Are you merciful towards yourself? I bet even if you’re merciful towards others, you are hard on yourself – constantly beating yourself up for your shortcomings, flaws, mistakes, and failures. Being merciful towards yourself (or others for that matter) doesn’t mean you are self-indulgent or enabling of sinful behaviors and attitudes. But it does mean that you understand that all of us are both beautiful and broken and although we can work on our flaws, we will never be at a place where we don’t have any.

Melody Ross has written a beautiful book called A Little Bird Told Me. In it she writes letters to women who are beautiful yet broken. This is one of them. I hope it encourages you today.

What if…WHAT IF…today was the day that you chose to stop blaming yourself for choices you have made…choices you would make differently today, knowing what you know now and being who you are now. What if today you put your arm around yourself, kissed yourself smack on the cheek and said,

…and then let it be done, once and for all. No more blame, no more shame.

Then…what if that made you feel loved and safe enough to take all of the responsibility for those choices and turn those choices into fuel to feed your beautiful new life with wisdom and experience?

Yes, it would, beautiful friend…but you are the one who has to do it.

Sure hope you will.

You are so so soooo very loved.   Xoxox

Tweet this! I hope you know today how much you are loved by God. That is the only anchor that will make you strong and whole (Psalm 107:29). 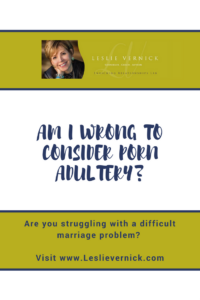 Today’s Question: I have been married for 29 years and have had much conflict through my marriage (the first 21 or so years of my marriage my husband was explosive and verbally abusive – this has stopped). I now realize that I should have left back then but didn’t. Most recently I am dealing with issues of pornography and drinking (together with taking his medications – Xanax (3 – 1ml per day) and Imipramine (3 per day).

My husband would have not responded well to this since we pretty much have sex when he wants to. Is it wrong of me to consider pornography equal to adultery? I feel confused and conflicted in my marriage once again. I am having a hard time sleeping in the same bed with my husband and I believe it is affecting my health. Your thoughts are appreciated. Thank you.

I think our culture has normalized and glorified lust. The viewing of pornography is rampant. According to a 2002 Internet survey, 30% of pastors admitted to viewing pornography in the last 30 days  and that was over 10 years ago. A recent survey by Barna, they report that 54% of Christian men and 15% of Christian women are addicted to pornography.

The Church has been reluctant to equate pornography with adultery because they are terrified that angry and hurt spouses would feel Biblically justified to divorce their mates….and that might be half the congregation.

However, it’s important to realize that pornography is not just about sex. You already said you have been sexually available to your husband throughout your marriage. Pornography is about laziness, greed, selfishness, boredom, feelings of inadequacy and fear of intimacy. It’s a way that someone can feel wanted, admired, pursued, important, powerful, and virile without having to give anything back. Without having to do any work to build, maintain, or repair a real relationship. In pornography everything is fantasy and living in fantasy is always easier than living in reality.

You have been the supposedly strong one in your marriage. Your compassion for your husband’s difficult childhood however, has allowed him to stay immature and weak. I think of the children’s story The Secret Garden, where a young man’s father kept him an indulged invalid believing he was damaged at birth. It was a young female friend, who, in her own healing journey, refused to indulge his tantrums and challenged him to revise his view of himself and his condition. That may be the same change God is asking you to make in your marriage.

What that means for you is that right now you need to work on you. You said your health is becoming affected. I don’t think God wants you to sacrifice yourself in order to keep your husband in a place of unconscious unawareness of his own stuff. He needs to wake up and hopefully choose life, real life, not pretend life through fantasy and drugs.

As Melody Ross’ letter to women said, be merciful to yourself – the choices that you made in the past that you most regret, let them go and say to yourself, “I know better now, I can do better now.”

Friends: I have three questions for you this week: